RIGHI ELETTROSERVIZI S.p.A. SYSTEM INTEGRATOR IN ONE OF THE LARGEST OIL REFINERIES IN THE WORLD 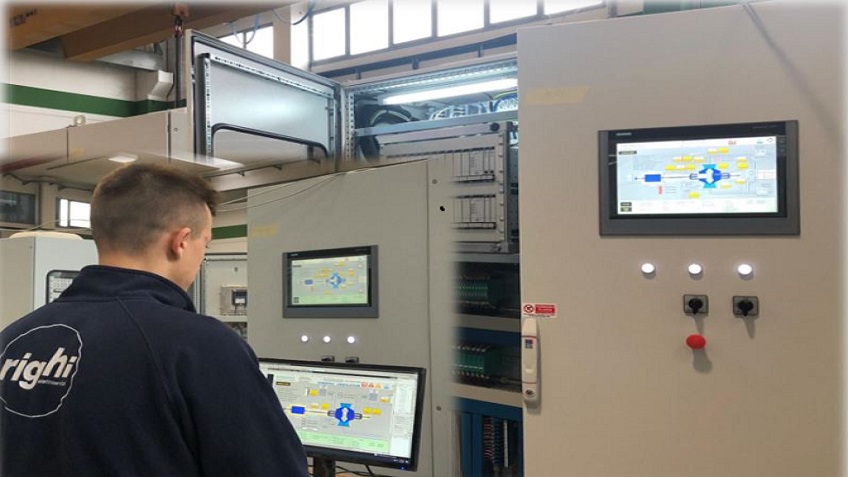 RIGHI ELETTROSERVIZI S.p.A. SYSTEM INTEGRATOR IN ONE OF THE LARGEST OIL REFINERIES IN THE WORLD

Righi Elettroservizi, based in Cesena, represents one of the reference point in the industrial automation market.

29 years of experience and 200 specialized employees; Righi Elettroservizi is a system integrator and base its business on products, services, solutions with high added value in the industrial automation market.

In the past years the company enlarged its field of action in an international perspective, with an increase of its experience and know- how, and one of the last important job of the company is international.

The company, founded in 1991 by Mauro Righi, participated as technology partner of Termomeccanica Pompe SpA in the realization of the control and automation system of the unloading and uploading process of a refinery based in the United Arab Emirates which is one of the largest in the world.

The project has as end-user ADNOC (Abu Dhabi National Oil Company), a state-owned petroleum company of the United Arab Emirates and has been awarded to the South Korean company SK Engineering & Construction which play the role of EPC Contractor for about 1.2 Billion dollars.

SK Engineering & Construction will deal with the engineering and construction of three underground storage caverns, each with a capacity of 14 million barrels.

Righi Elettroservizi has been involved in the hardware engineering, software development and supply of the control cabinets of the automation and process system for the collection and storage of the oil, through the technology of Termomeccanica Pompe SpA which created 16 high technology pumping skids.

The system has to pick up crude oil from the ships arriving at the Arab Oil Port of Fujairah and store it in tanks. It is composed by Nr. 8 uploading pumps and Nr. 8 downloading pumps through control from operation stations (SCADA).

The end of the works is scheduled for 2022, the underground crude oil storage facility will have a capacity of 42 million barrels and will be able to store three different types of crude oil, providing to ADNOC a greater flexibility for export.

We use cookies to provide you a better browsing experience. If you consent continues with navigation or find more information on cookies.
Ok
Read More