RIGHI ELETTROSERVIZI, A GREAT 2021 WITH AN INCREASE OF 17% 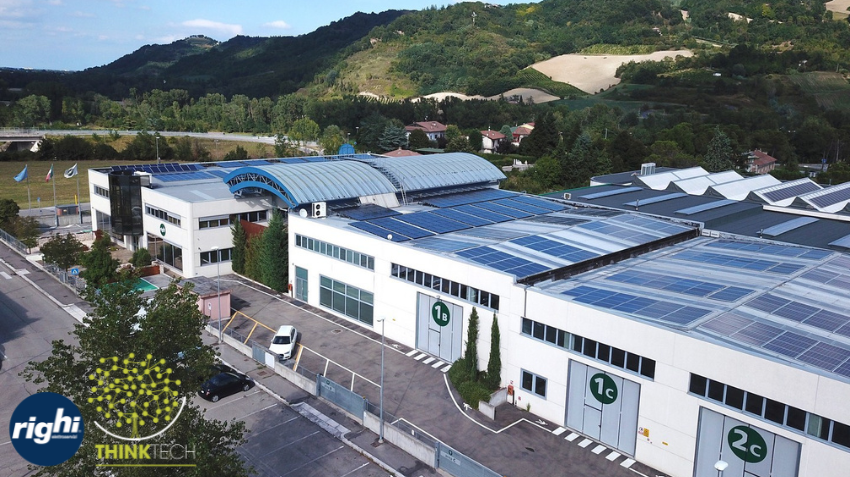 RIGHI ELETTROSERVIZI, A GREAT 2021 WITH AN INCREASE OF 17%

Righi Elettroservizi Spa, a Cesena-based company that is a leader in industrial automation, closed its financial statements presenting positive and growing figures.

The year 2021 marked a turnover of 50 million euros, a 17% increase over the previous year, confirming the positive trend that has accompanied the company for several years.

“The year 2021 was a very positive year despite the difficult period caused by almost two years of the global pandemic. Our strategy was successful, we worked well, steadily, and we were not discouraged. In 2022 we will focus on investments, new projects and sustainability in order to improve our corporate structure, skills and service to our customers.” Says Mauro Righi, General Manager of the company and founder together with partners Valentina Righi, Aldo Righi and Emiliano Negosanti.

Turnover to foreign countries also increased from the previous year, a sign of increasingly expansion beyond national borders. Several works were completed in Europe (Greece, Sweden and Romania) in the logistics field and also beyond Europe, in Bolivia and India, for the chemical sector.  A lot of new customers inside and outside Italy have chosen Righi Elettroservizi as their partner for industrial automation. Therefore, a great number of customers have consolidated their partnership with Righi, a great satisfaction for the company.

Like the previous year, 2021 marked an increase in human resources, twenty-four people joined the company. The year 2022 also started with an increase in hiring, in the first six months of the year there were twenty-five new hires.

An ongoing commitment of Righi Elettroservizi into creating jobs and supporting employment in the “Valle del Savio” and beyond.

Righi Elettroservizi’s commitment has also been recognized by Confindustria; in September last year, the company was awarded at Excelsa, a biennial recognition to reward and highlight excellent companies in the Romagna region. The awards given to the Cesena-based company were aimed at highlighting economic performance and attention to sustainability.

An E-Commerce where spare parts, products and services dedicated to the electrical and industrial automation world are sold. The goal of the new E-Commerce is to make the offer towards our customers, and not only, even more complete and faster.

The company will not stop its commitment to its growth process, which it has been pursuing for several years. In fact, 2022 will mark a year of major investments in technological innovation, infrastructure, and expertise for Righi Elettroservizi.

In an constantly changing world, Righi Elettroservizi is aiming for continuous improvement on current and future issues, such as digitization and energy transition.

The construction of a new fully automated “Autostore” warehouse, which will allow picking every 35 seconds, bringing a time optimization of 50 percent.

This is a major investment that will allow Righi to improve internal materials management with a consequent increase in efficiency and a time reduction. 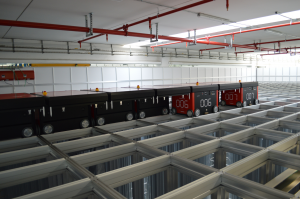 On the other hand, the construction of the new 3,500-square-meter workshop, which will rise in Bora di Mercato Saraceno (where Righi’s headquarters are located) and will be dedicated to production, with lean production logic, and to the technical offices, will be completed at the end of the year. The production that will start in the new building will have as main goal to increase the production efficiency of Righi Elettroservizi, cutting down waste of time and costs and improving the final result for the customer. 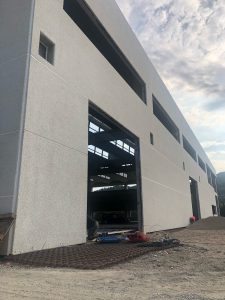 A large investment will also be made on the renewable energy side.

Righi Energy, a division of Righi Elettroservizi with an expertise of more than 15 years in renewable energy, will set up different green projects, which will be ready to kick off in 2022, not only photovoltaic systems, there will also be a focus on e-Mobility and agrivoltaics.

The topic of sustainability is not new to Righi Elettroservizi; for several years the company has been active on all three pillars: environmental, social and economic.

A focus on sustainability that manifests itself incisively within the company through the use of renewable energy sources to sustain the plants, the reduction of paper consumption through the application of tablet technology in production, and the continuous recycling of waste materials.

This year, moreover, the company’s strategy will take the step toward even greener turns; among the goals for 2022 is to begin work on obtaining ESG certification aimed at assessing the company’s compliance with economic, environmental, social and ethical aspects that come together in a virtuous circle.